Lloyd Van Horn - Lloyd leads the 4 Diamond Team at the Partridge Inn as the General Manager of the Grand Dam.  Lloyd's passion for quality and service is nothing less than exceptional.  He has lead teams from hotels such as The Planter's Inn (#1 small Inn in America), The Mauntauk Yacht Club, Topnotch Resort and Spa, Lajitas, The Ultimate Hideout, The Wilcox and The Point in New York.   Lloyd has won many accolades including the "James Beard Award", "#1 Tennis and Ski Resort in the Northwest United States", "Top 10 Resort and Spa" by Conde Nast Magazine and many more.  Lloyd is a proud "Augustan" where he lives today with his wife and two children

Herman Duncan - Herman ensures that each guest room is pristine and in great working order before all guests arrives as the Facilities Manager overseeing housekeeping and maintenance operations for the hotel.  Herman's commitment to the hotel is unbridled and has spent over 22 years at the hotel ensuring all guests have an exceptional stay and return year after year.  You will often find Herman greeting guests at the front entrance of the hotel, at the elevators, in the dinning room and in labyrinth of hallways throughout the hotel.  His smile is endearing and his heart is "Pure Southern Hospitality"! 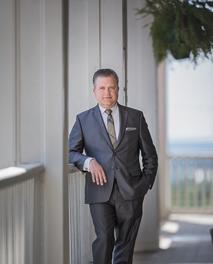 Dominic Simpson - Dominic leads the culinary team at the Partridge Inn as Executive Chef.  Dominic's talent lies in Southern, Italian, French and Continental Fine-Dining Cuisine.  Dominic's experience is extensive working as the prior Executive Chef of The Georgia Terrace Hotel and Balance Restuarnt in Atlanta, as well as managerial positions at Spice and Meritage Restaurant's also located in Atlanta.  Dominic brings a unique blend of "Old World" spices and preparation culled with new, modern flavors and fresh farm to table Cuisine.  You will often find Dominic "meeting and greeting" each guest as they dine in the Verandah Restaurant and PI Bar and Grill ensuring all guests are delighted with their dinning experience.